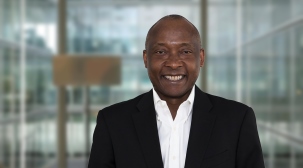 Posted at 06:41h in summit presentations by ipasa
2 Likes

Medicines Discovery & Development – a moral & economic development imperative in Africa: if not now, then when?

Patrice Matchaba is the Global Head of Development, Cardio Metabolic Franchise at Novartis
Pharmaceuticals. Appointed in May 2014 to this role, Patrice leads the global clinical
development of the cardio metabolic portfolio.
Patrice joined Novartis South Africa in 2000 as the Country Pharma Organization Chief Scientific
Officer. Since moving to Novartis Pharmaceuticals Corporation in the US in 2002, he has held
several roles of increasing responsibility including Therapeutic Area Head for IID, Global Head of
Drug Safety and Epidemiology and before his current role he was the Global Head of the
Integrated Development Functions and Regions (IDFR), which include Global Clinical Operations,
Global Clinical Submissions, Integrated Information Sciences, Development Informatics, and
Development Diversity & Inclusion (D&I) and all Medical Country Pharma Organization (CPO) in
the Regions.
Patrice completed his medical training (MD) at the University of Zimbabwe, and is a Fellow of the
Obstetrics and Gynecology College of South Africa. In addition, he completed the Harvard
Business School’s Program for Management Development in 2001.